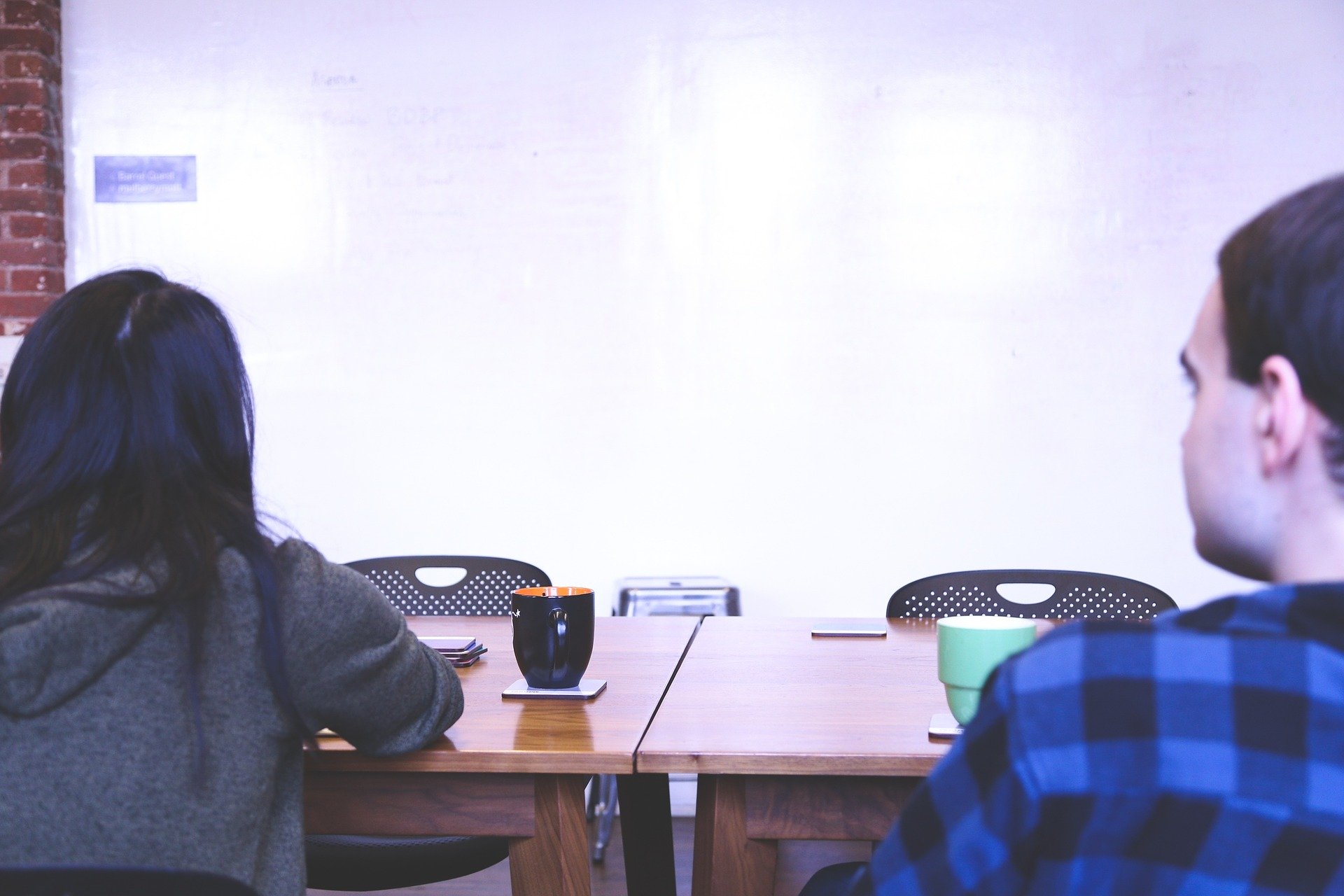 Warring teammates are highly disruptive, damaging team morale and productivity. While some conflicts are overt, with involved employees lashing out at each other in front of the rest of the team, often they’re not.

Covert conflict, when two employees have a falling out and never deal with it directly, can be even more problematic. Coworkers may gossip about each other or even resort to sabotage, for example, by not meeting a deadline or withholding information. However, in most cases, they just avoid one another. They stop communicating, collaborating and cooperating, and that has a ripple effect on the team.

After all, if two employees argue during a meeting or if one complains to you about a coworker, you can address it immediately. While those situations feel like a hassle, especially when you are busy, they’re actually a reason to be grateful because you can act to quell the conflict. When employees hide their disagreements and issues, conflicts fester and can cause much more damage.

That’s why it’s so important to know your employees and to pay attention to team dynamics. If two teammates are embroiled in conflict, the signs will be there. Behaviors will change, performance will slip and team meetings will be less productive. Once you know a conflict is brewing, deal with it quickly by scheduling a discussion with the employees as soon as possible. Then follow this advice:

Be a mediator, not a boss

One of the biggest mistakes I see leaders make is that they try to step in and solve the problem for coworkers. They tell employees what to do to get through the issue. It’s almost always with good intentions, and it almost always backfires.

You are not in their shoes. You don’t have their same perspectives, so a solution that would work for you, won’t necessarily work for them. Demanding that they “get over it” or “move on” or “act like adults” won’t help matters either, and they could turn some of the anger on you. It takes more time and patience, but your goal is to encourage constructive communication between the coworkers, help them find a resolution together and begin to rebuild the trust between them.

During a mediation, decorum is critical. All parties must show one another respect, and that can be challenging when conversations become heated. That’s why I always recommend you establish rules, like the following, for all conversations. They can apply to team meetings, evaluations, and especially during a conflict mediation. Tell employees that your goal is to improve the relationship by resolving the issue that has driven them apart. Then share these ground rules:

As the leader, it’s your job to put an end to unacceptable behavior. Speak up and remind employees of the ground rules if they start changing the subject, accusing, using sarcasm, evading the issue or doing anything else that derails the conversation.

Ensure everyone understands the issue

This is that critical step where you ensure that all the details are laid out. So often, disagreements happen because of a perceived slight, misunderstanding or communication breakdown. Putting everything out on the table can often clear up issues quickly. You will likely need to ask plenty of questions to encourage each employee to speak up.

However, make sure they’re doing most of the talking, and ensure that each person has an opportunity to respond and talk freely. Otherwise, it will look like you are choosing sides. Here are questions you can use to get the conversation rolling:

While you need to offer them plenty of time to fully discuss the issue, you don’t want the conversation to turn into a gripe session. If they start to repeat themselves or disagree over insignificant details, move on to solutions. Remind them that it’s not necessary that they agree on the actual problem. They both likely have valid differing perspectives about what happened, and they both may have legitimate reasons for being upset. They can agree to disagree on an issue, interpretation or meaning, but then find agreement on what needs to happen to move forward.

Focus them on that by asking: What do you want to happen so that the two of you can work together productively? Each should state his or her expectations in specific terms. For example, “I need Joe to stop expecting me to make up time on a project, after he misses deadlines.” Or “I need Sara to give me more notice when she needs me in a meeting.” If the requests are reasonable and appropriate, ask the coworkers to commit to them. However, if one coworker is demanding too much, step and explain that it is unreasonable.

Sometimes moving forward is simply trying something to see how it works and then re-evaluating and trying again. And oftentimes once the project or situation has passed, they can look back and gain clarity on their responsibility in the conflict and how they should have been more open or at least heard the other party more effectively. The key, however, is to get them to commit to making that first step toward improving the relationship.

You are busy and mediating a conflict between two grown adults may be the last thing you have time to do. However, strong-arming them into “getting along” by making threats or losing your temper because you think the argument is nonsense is counterproductive. You set the example, so it is critical that you seek to understand the situation, that you are empathetic and that you truly want to resolve the issue. Otherwise, they are going to take their cues from you and the situation is not going to improve.

If you would like help working through a challenge you are facing at work right now, schedule a consultation today.